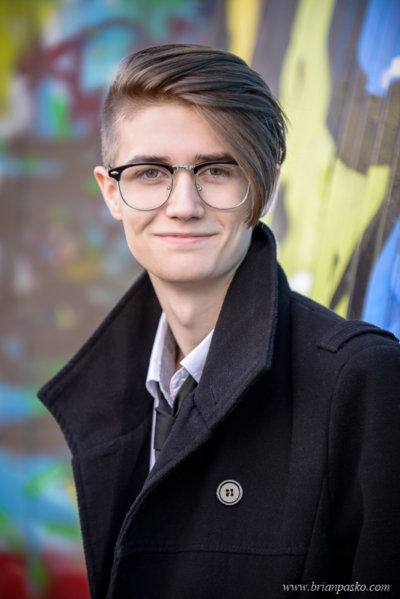 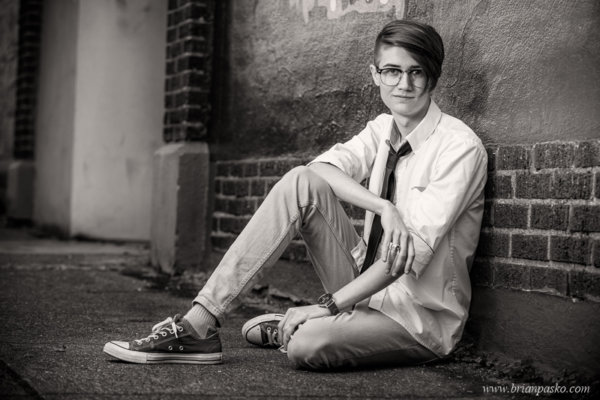 When I asked Julian about his extracurricular activities, drawing was at the top of Julian’s list (followed closely by playing mmprog video games and hanging out friends). He was also excited about getting his first car this summer and is slowly venturing out and driving. 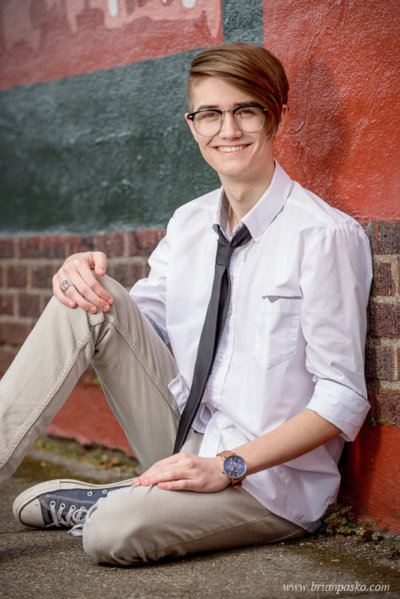 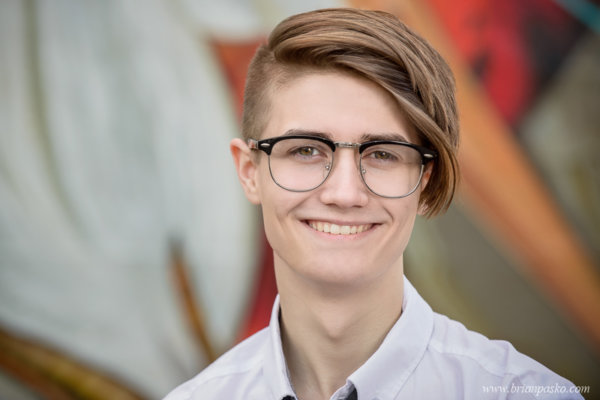 And Julian’s got style! He describes his dress as trendy and classic with a little hipster mixed in. Think bow ties, cool shirts, glasses and a trench coat all rolled together into one cool, unique, fashionable package. 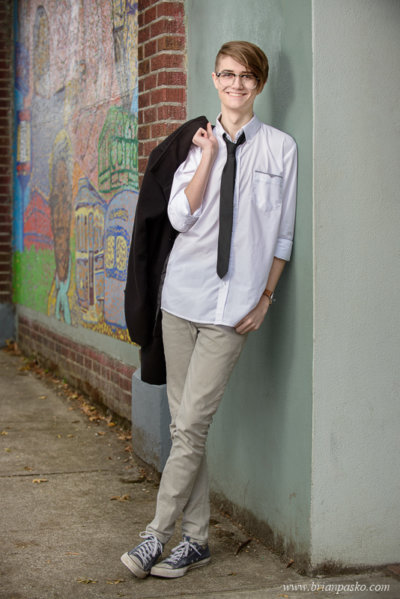 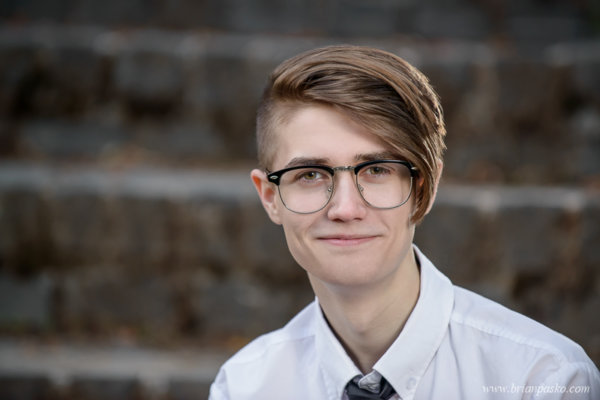 Because of Julian’s artistic interests, trendy style, and his willingness in doing something a bit outside of the box, we decided to create some one-of-a-kind senior portraits for Julian in the Alberta Art District in Portland, Oregon. Alberta Street in Portland has become known for its many creative street murals. So much so they have been mapped and tagged by a number of organizations and websites. 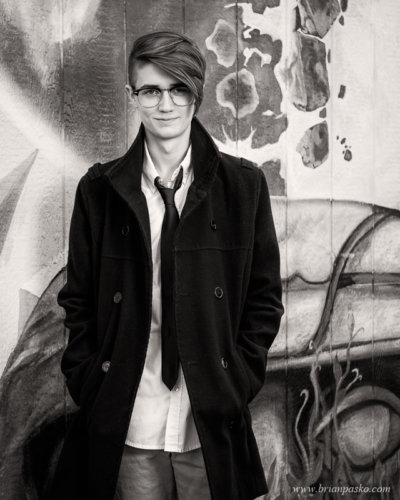 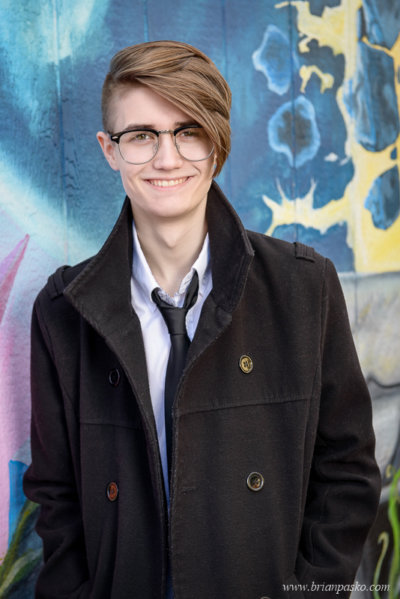 After I presented this idea at their pre-session phone consultation, Julian and his mom were immediately excited about this chance to create senior portraits that really showed off Julian’s personality. And they were eager to get started! So I tasked Julian and his Mom with a day of exploration. I gave them some maps and some links to websites and challenged the to find their favorite murals in Southeast Portland. Julian was excited to be in control of planning his senior portraits. And his mom was only too happy for a reason to spend some quality time with her son. 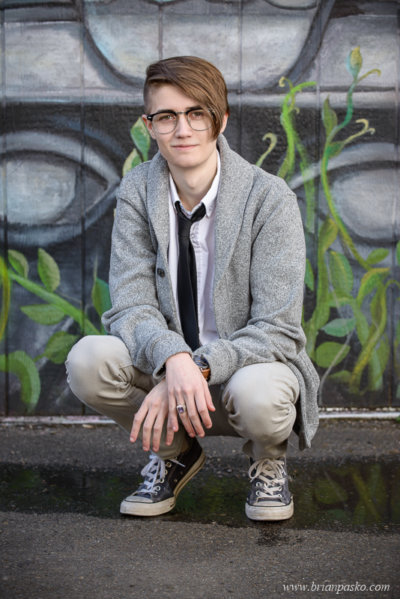 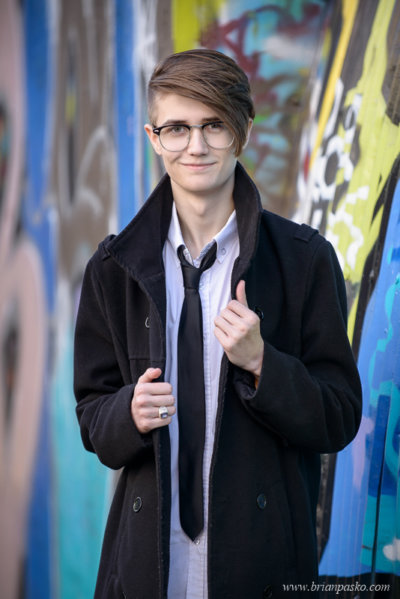 Julian is an Oregonian at heart and is adamant about spending the rest of his life here. So, we also wanted to create some of Julian’s senior pictures in a more natural environment too. After our time on Portland’s Alberta Street, we drove a short way down to Laurelhurst Park, a park managed by the City of Portland, where we captured some images of Julian just before the evening light brought our session to a close. 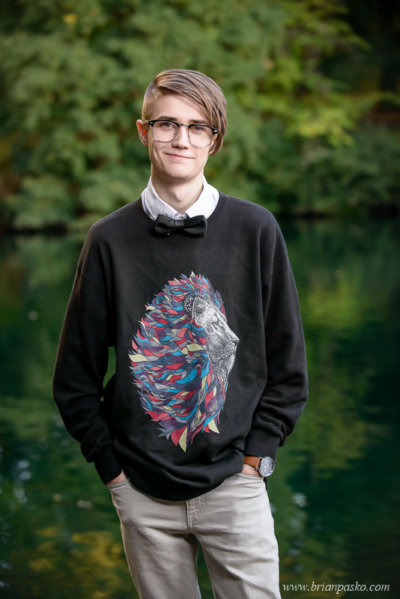 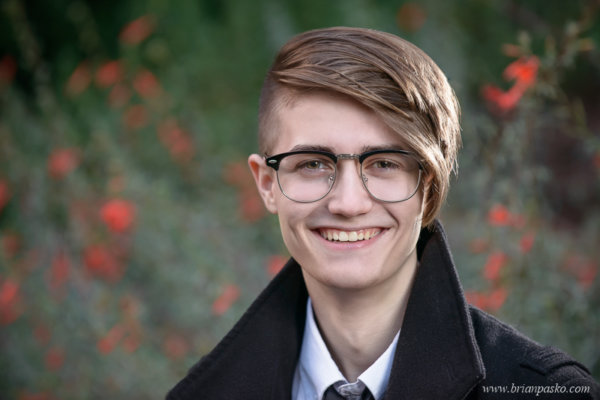