Cole is a championship track star at Sandy High School. He’s also a bit of country boy and has been riding ATV’s since he was 2-years old. 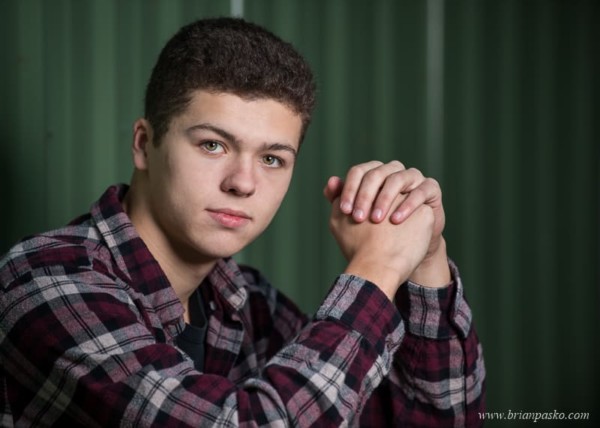 He doesn’t live in Sandy, though. Cole and his family live out in Brightwood, Oregon, tucked away in a quiet little spot along the Sandy River. 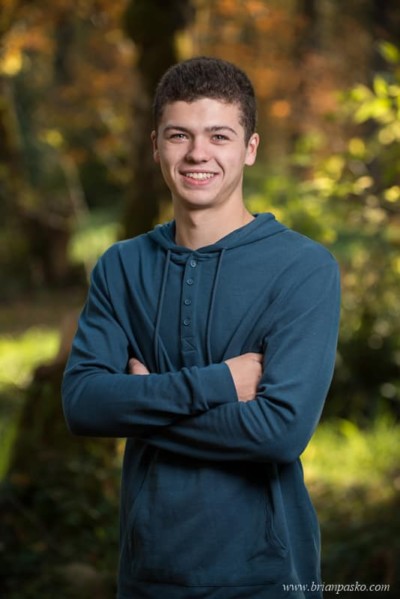 And that’s where Cole decided to take his senior pictures. So we spent a lot of time during his senior portrait session exploring his back yard and buildings around Cole’s home. 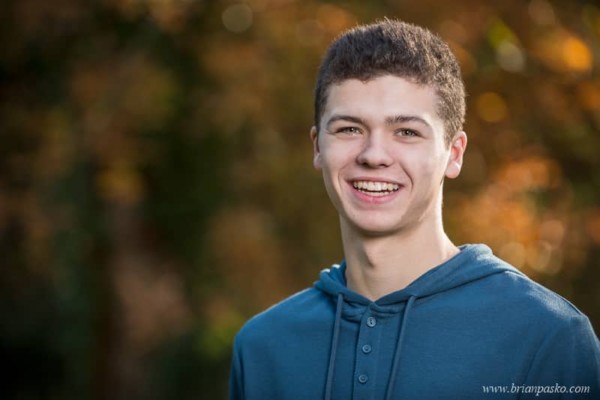 Cole lives on a rural country road in a small community where everyone knows their neighbors. As a result, we were able to take some of Cole’s senior pictures using a fence and other features on his neighbor’s property. 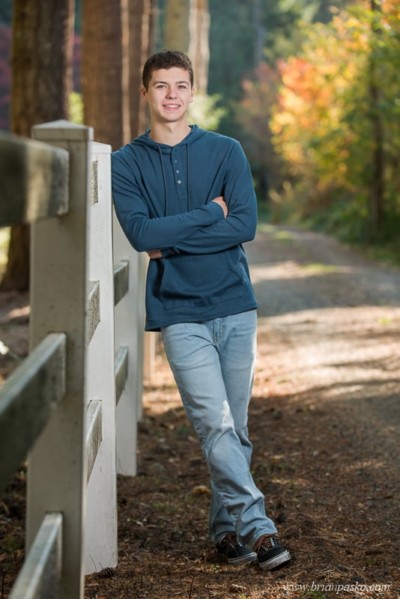 The area has plenty of ferns, trees, and other foliage. And we still had some fall colors, which gave us plenty of background options for Cole’s senior pictures. 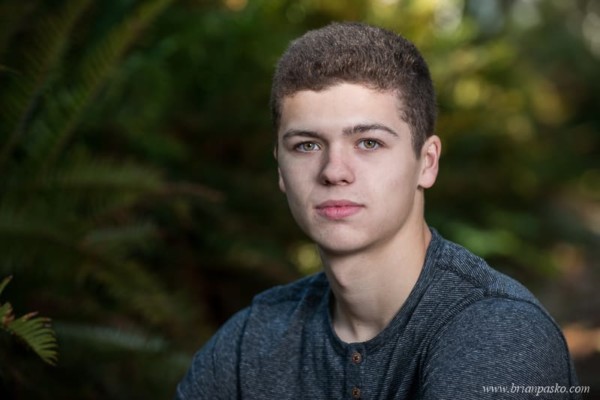 And, just to get some more variety, we headed down the road a bit to a bridge that crossed the Sandy River. 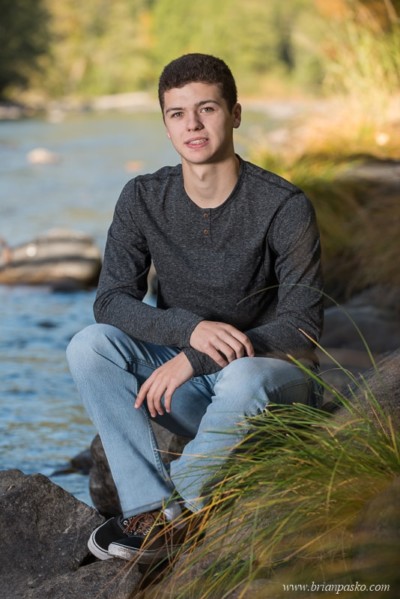 But Cole didn’t want his senior portraits to only have a country and rural feel. 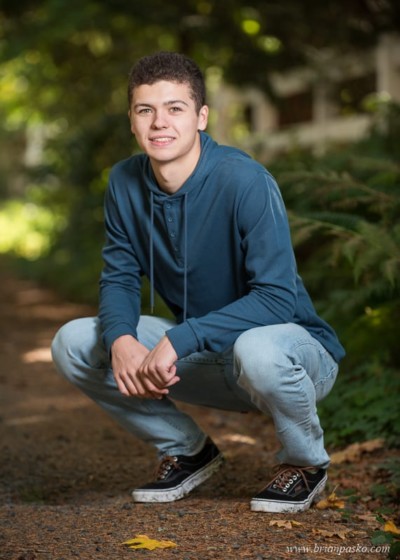 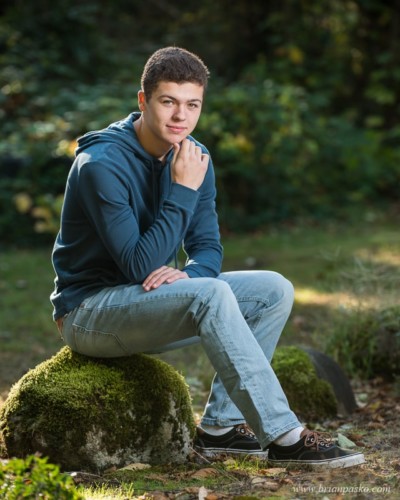 He also wanted to show off his love for track, especially since he hopes to run track in college. 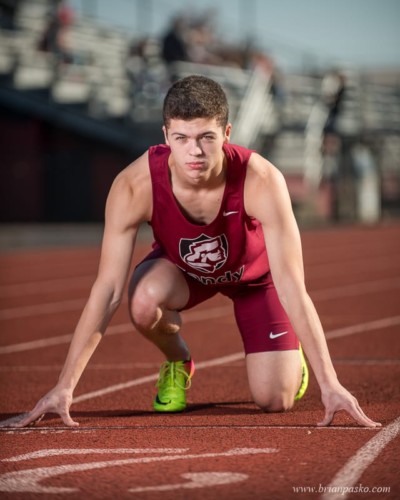 So after taking Cole’s senior portraits at his home in Brightwood, we made the drive back to the Sandy High School stadium. 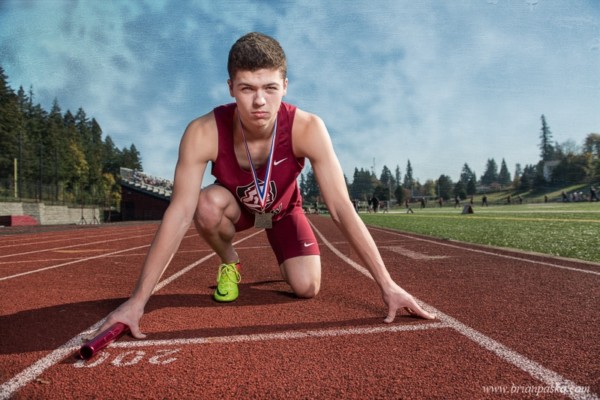 We arrived around noon with some pretty harsh overhead sun. But with some extra lighting, we were able to capture some dramatic images of Cole on the Sandy High School track. 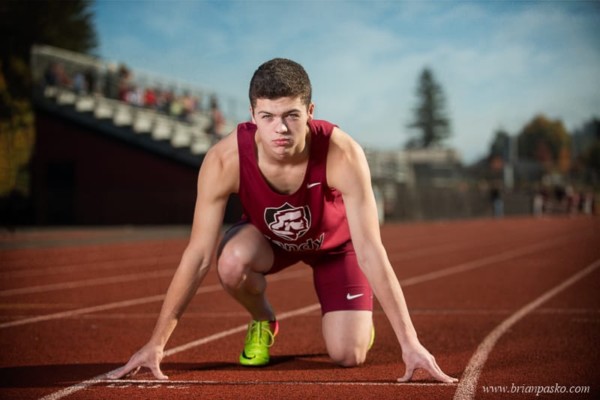 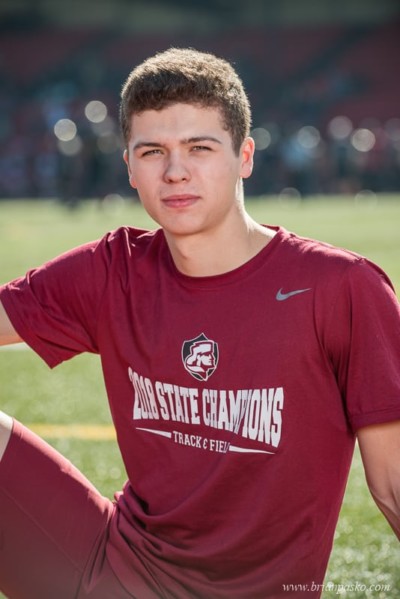