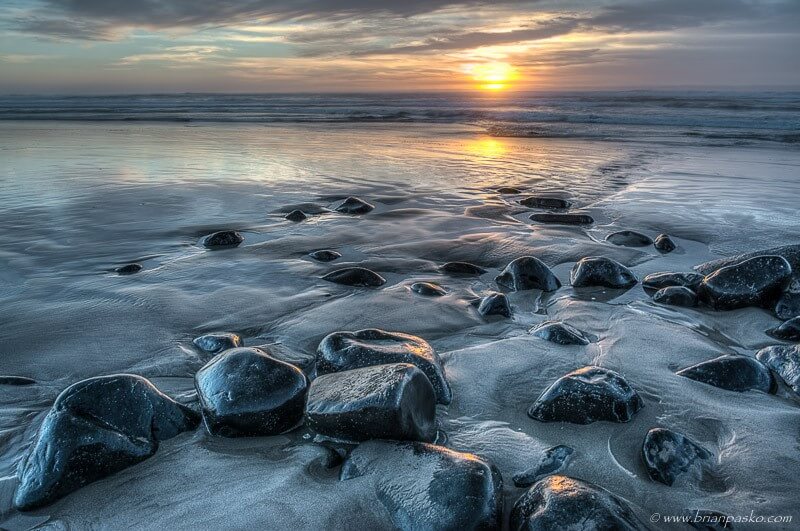 “Emergence” is an image of sea rocks which appear to rise from the eroding sand on Short Sand Beach near Manzanita, Oregon.

The beach is also known locally as “smugglers cove” due to a history of bootlegging in the area, It is located inside of Oswald West State Park, which sits directly between the towns of Cannon Beach and Manzanita on the Oregon Coast.

The cove is hidden between rocky outcroppings and requires a short walk through a beautiful pacific-northwest rainforest of hemlock, sitka spruce and douglas fir. It is a destination for oregon surfers and beach combers alike.

Opening of the Cosmos