Sunset High School’s Reilly feels like an old friend. That’s probably because years ago I had the honor of creating her older sister’s senior portraits. And I’ve also photographed her little brother. 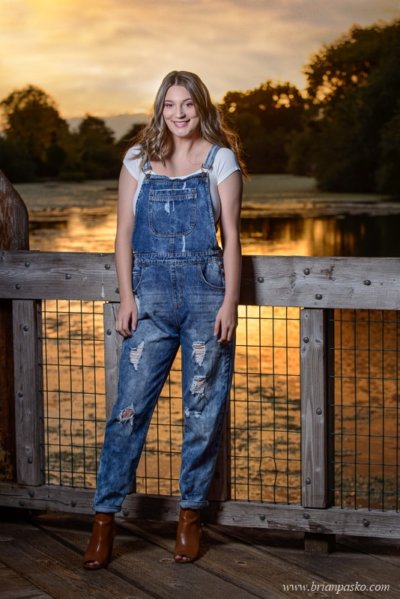 It’s almost like I’ve become part of the family. And I feel so privileged to be able to capture these special moments in their lives. And to create beautiful canvasses and other artwork for the walls in their home. 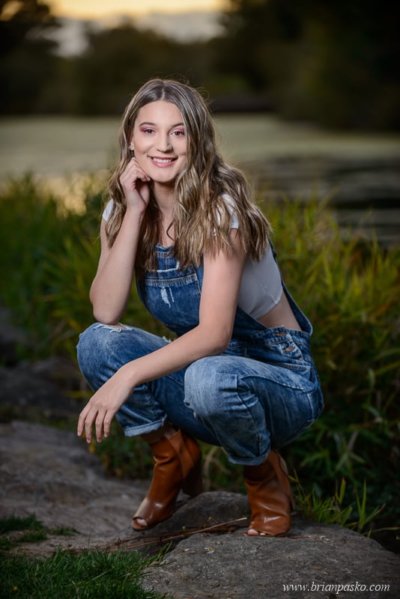 Like her sister, Reilly is outgoing and adventurous. She also loves to sing and draw and hopes to travel after graduation. 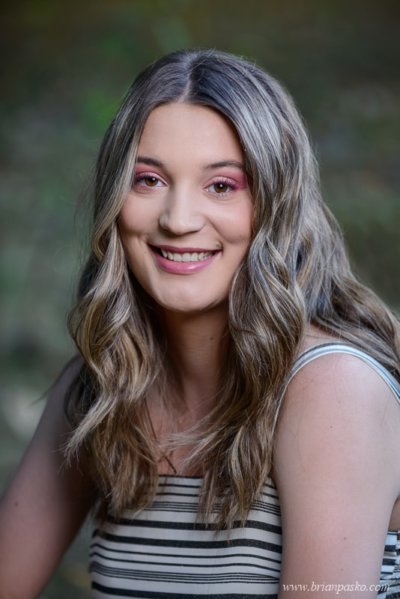 Like many high school seniors, Reilly wanted to have her senior pictures taken outdoors. And she and her mom discovered the location on their own. 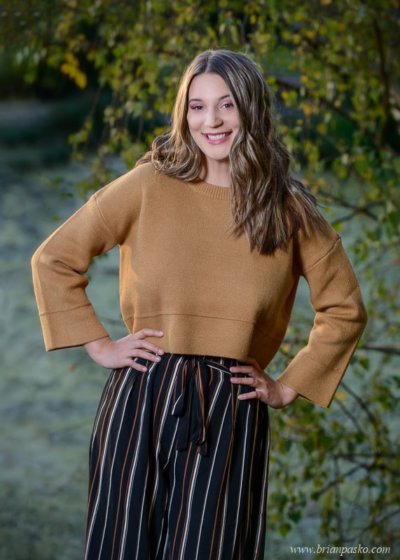 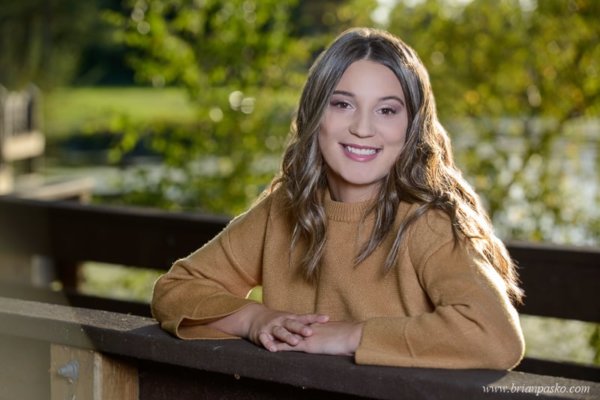 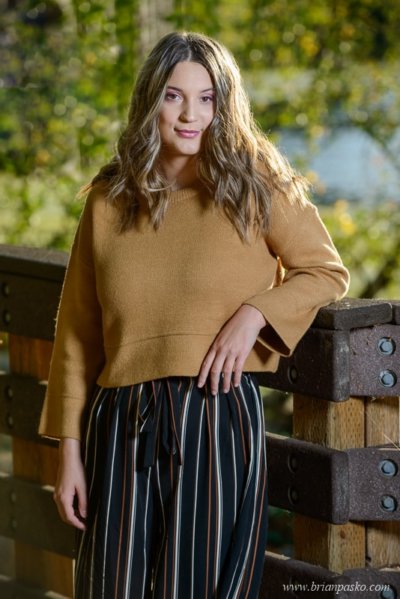 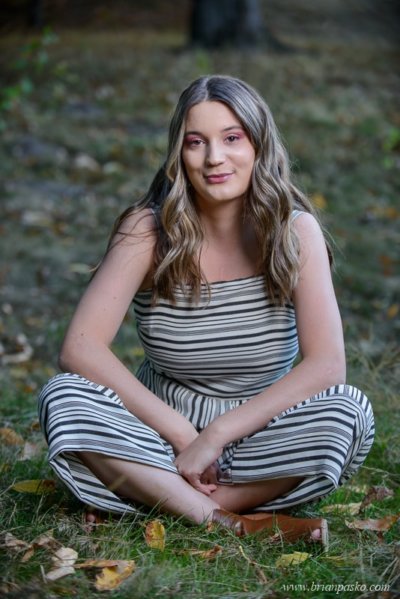 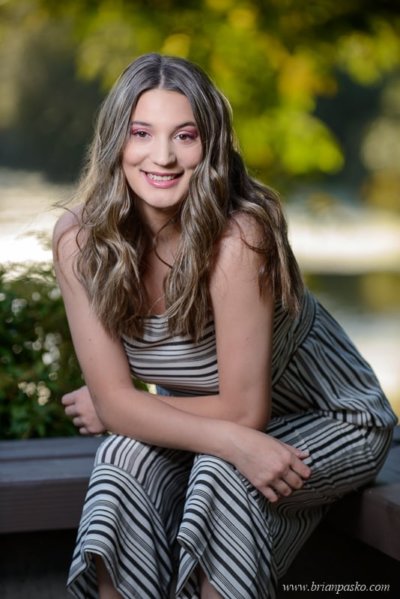 The park not only boasts a large lake but also has quieter, tucked away areas that provide a lot of variety for high school senior portraits. 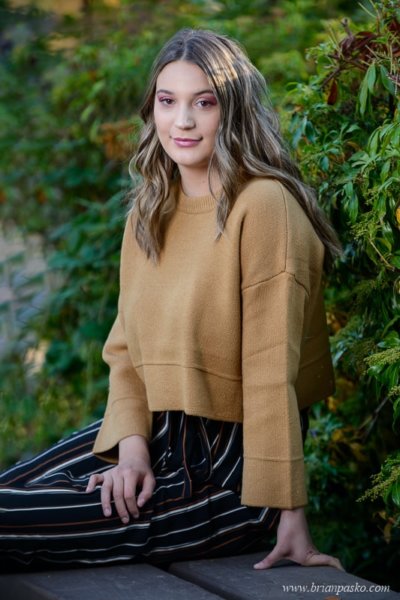 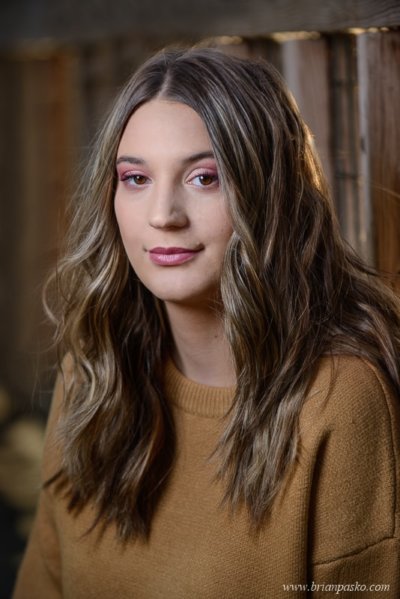 Reilly is also a big fan of sunflowers, so capturing some of her senior portraits with sunflower in hand was an absolute must. 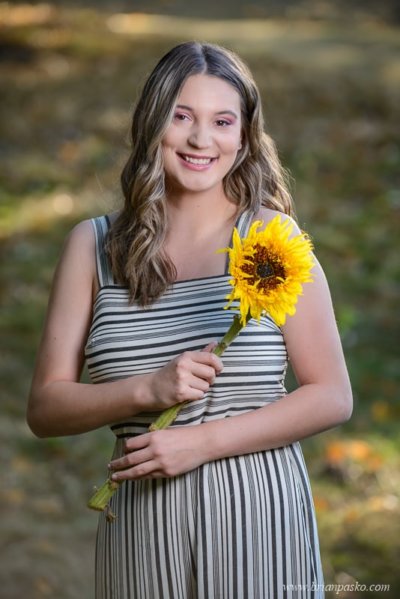 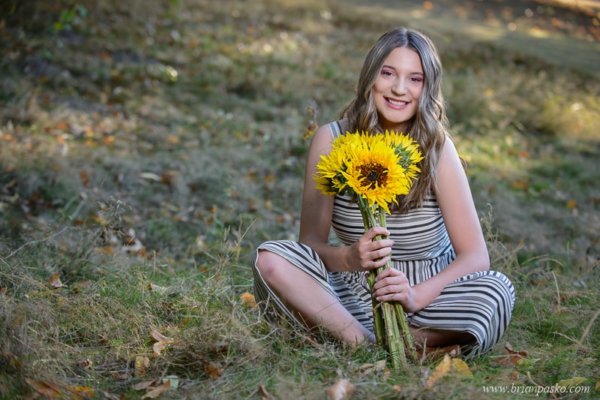 It was crazy windy at the beginning of Reilly’s senior portrait session. But as the day came to an end, the winds calmed and we were treated to an amazing sunset. 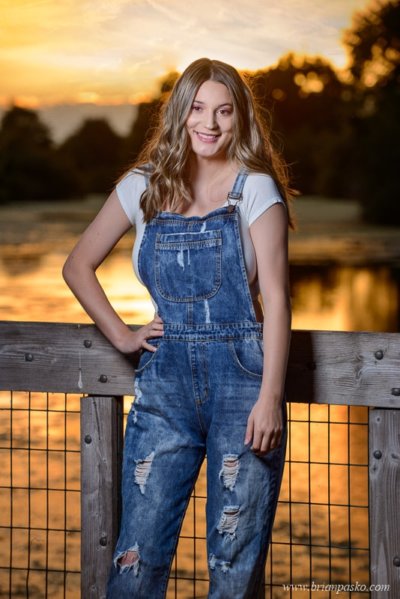 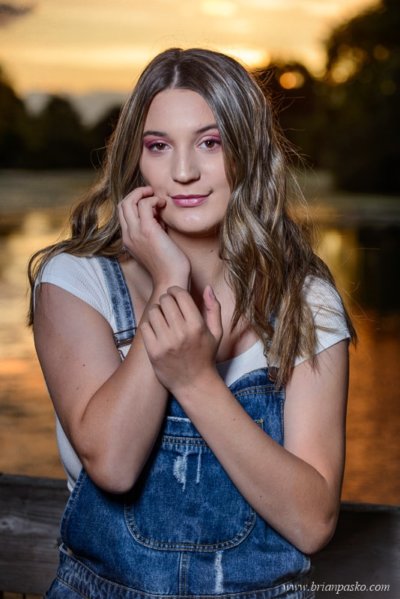 As the skies turned golden we raced to the edge of the lake. I used a large beauty dish to light Reilly, which allowed me to capture a series of colorful senior pictures. No photoshop and no filters necessary! 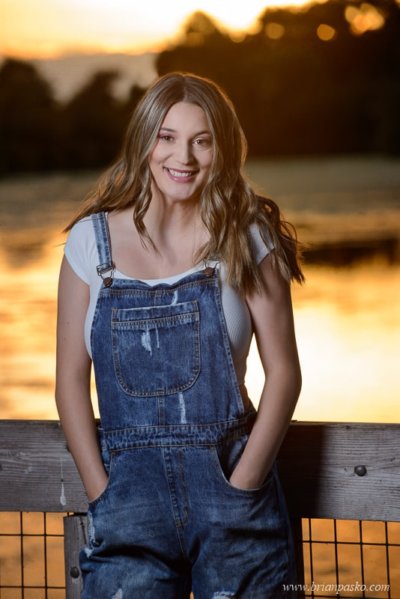 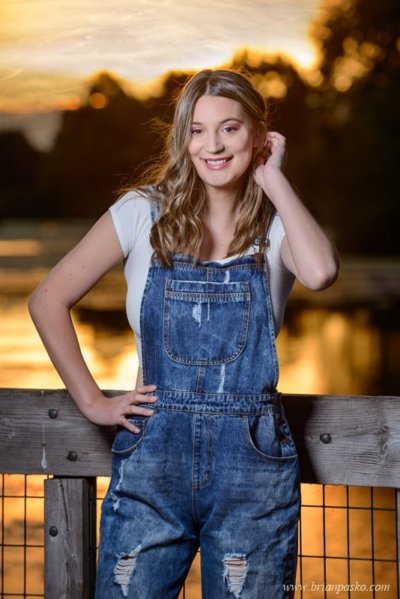 We were having so much fun that we continued to photograph until the last of the evening light. Even after the sun had set we were able to use some creative lighting techniques to capture beautiful images of Reilly sitting by the lake. 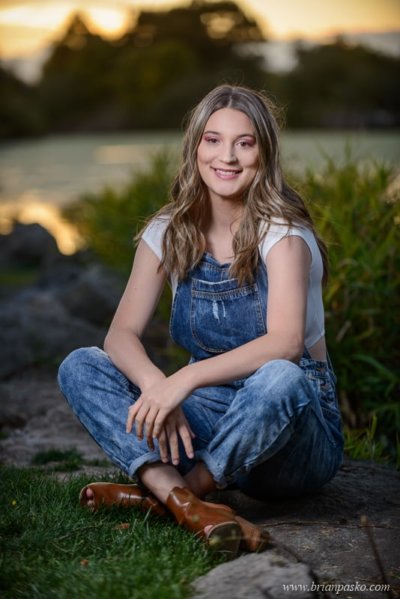 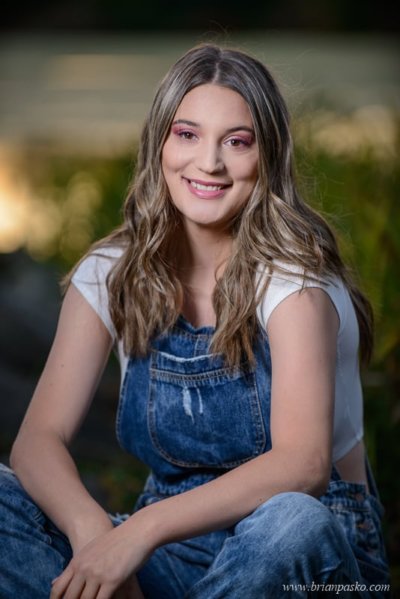 Are you looking for an experienced high school senior portrait photographer? A photographer who can create beautiful, well-lit images in any circumstance? 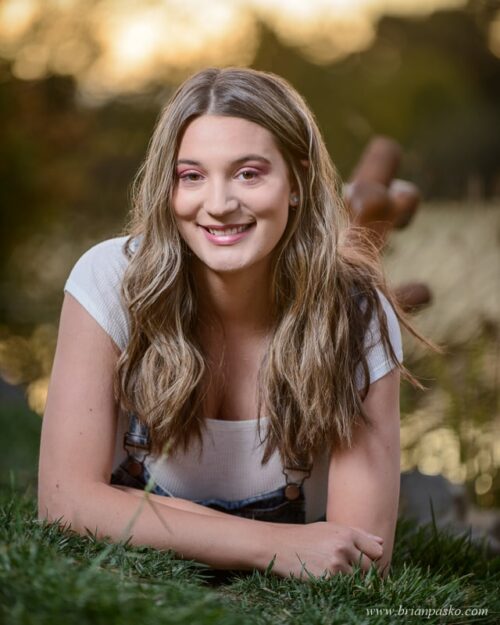 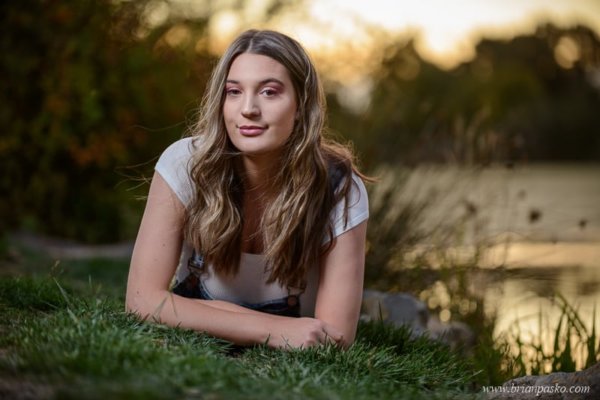 You only have one shot at your high school senior portraits, so make it count! Contact Brian Pasko Photography today to learn more about our custom senior portrait sessions designed just for you!